The Race For Canadian Cannabis Retail Dominance Is On

Although Canada’s recreational cannabis market failed to exceed expectations in 2019, the market faced significant headwinds, and this is a trend that seems to be abating.

We believe that two main factors will play a key role in how the Canadian cannabis retail market grows from here. These factors are related to the number of open dispensaries and the types of products that are allowed to be sold. In late 2019, the edibles and vape pens were legalized in Canada and we are bullish on the growth prospects associated with this vertical.

In the US, we have seen increasing consumer demand for cannabis derivative products like edibles and vape pens. The cannabis derivative market represents a multi-billion-dollar opportunity and is a vertical that we are excited about. Over the next year, we expect Canada’s recreational cannabis market to benefit from an increasing number of open stores and this should serve as a major catalyst for growth.

We are favorable on the long-term opportunity associated with the Canadian cannabis retail market. We believe that the vertical is in the early innings of a major growth cycle and want to highlight 3 companies that have been executing on this aspect of the industry.

Inner Spirit: A Canadian Cannabis Retailer that is Flying Under the Radar

Inner Spirit Holdings Ltd. (ISH.CN) has been laser focused on the Canadian cannabis retail market and has a network of recreational cannabis stores that operate under the Spiritleaf brand. The Spiritleaf network includes franchised and company-owned stores as well as an Ontario retail partnership. Spiritleaf has been able to secure strategic relationships with industry leaders like HEXO Corp (HEXO.TO) (HEXO) and Tilray, Inc. (TLRY) and we are favorable on this aspect of the story.

Earlier this year, Inner Spirit reported to have generated $29+ million in system-wide retail sales and served more than 700,000 customers in 2019. The Spiritleaf retail cannabis store network includes 43 franchised, licensed and corporate-owned stores in Alberta, British Columbia, Saskatchewan and Ontario. Over the next year, the management team expects to significantly increase the number of open stores and we are favorable on this opportunity for the business.

In addition to the previously announced nine additional franchise locations (expected to open in Alberta and British Columbia) in 2020, Inner Spirit is highly focused on expanding into other provinces. In the near future, the company plans to apply for additional retail operator licenses in Ontario and Saskatchewan. These are markets that we are favorable on and the entry into these provinces should prove to be a catalyst for growth.

One of the most important aspects of the Inner Spirit story is related to the relationships it has secured with leading Canadian Licensed Producers (LPs).  We believe that the market does not fully understand how these relationships will support growth over the long-term and are of the opinion that it is missing out on something substantial.

Cannabis 2.0 in Canada is also expected to serve as a catalyst for growth and we are favorable on the leverage that Inner Spirit has to it. Through the launch of the Spiritleaf Collective members’ program, the company has enrolled more than 14,700 customers in just the first few weeks and we are favorable on the amount of value that can be created through this network. Inner Spirit represents a multi-faceted growth story and we will monitor how the management team is able to drive the operation forward.

Fire & Flower: An Execution Story in the Making

Fire & Flower Holdings Corp. (FAF.TO) (FFLWF) has been highly focused on the retail side of the Canadian cannabis industry and this is an opportunity that caught our attention in 2019. During the last year, the company has significantly expanded its reach across Canada, and we are bullish on the growth prospects associated with its footprint.

A few weeks ago, Fire & Flower reported a major milestone and announced that it has started to sell cannabis 2.0 products in its retail stores in Saskatchewan. Cannabis 2.0 refers to the new types of cannabis products that can be sold to recreational consumers and we are bullish on the growth prospects associated with this opportunity. Fire & Flower became one of the first retailers to start selling these products in Canada and we will monitor how the management team continues to execute on this opportunity.

When looking at the types of products that can be sold to consumers from Fire & Flower retail stores, there is a lot to be excited about. These products include gummies, mints and chocolates; and concentrate vaporizers in both all-in-one and cartridge formats. Fire & Flower works with most of the leading Canadian cannabis producers and we expect these relationships to support demand on the consumer level.

During the last quarter, Fire & Flower has been under considerable pressure and we continue to follow the opportunity. The recent trend has been to the upside and the reversal has caught our attention. We are impressed by the way the management team has been able to execute and expect the opening of new stores to be a catalyst for the business. We believe that Fire & Flower has visible catalysts for growth, and we will monitor how the trend on a going forward basis.

Choom: A Cannabis Retail Story to be Watching

Choom Holdings (CHOO.CN) (CHOOF) started as one of the most talked about cannabis retails in Canada and a lot of the excitement was related to the strategic relationship that it entered into with Aurora Cannabis (ACB.TO) (ACB). During the last quarter, Choom has lost some of its luster and the market has turned slightly negative on the opportunity.

Although the recent trend has been to the downside, we believe that Choom has attractive growth prospects. At current levels, we are of the opinion that Choom is trading at a substantial discount to its peers and we are favorable on the risk-reward profile. We believe that Choom was impacted by Aurora Cannabis’ recent decline and expect the weakness to be transitory.

A few weeks ago, Choom reported an important development and announced the opening of their next licensed cannabis retail store in Alberta. The company has been highly focused on this province and we are favorable on the position that it has in it. The store represents Choom’s 13th location and we are favorable on the way the management team continues to open new outlets.

During the last two months, Choom has been nothing short of an execution story from an operations standpoint. During this time, the company opened four new cannabis retail stores and we are favorable on the amount of revenue that can be generated from these locations. Over the next year, we expect Choom to report strong revenue growth and the opening of new stores will continue to have a significant impact on the fundamentals of the business.

2020 has already proven to be a great year for the Canadian cannabis retailer and momentum has been trending to the upside. In 2019, Choom was highly focused on execution, but the market did not seem to care and the shares traded lower with the market. We believe that Choom is well positioned for growth on a going forward basis and will monitor how it benefits from the relationship that it has with Aurora Cannabis. 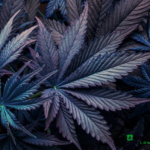